Michael Lawrence
Michael Lawrence is an independent FOH engineer and system tech. He is also the technical editor of various pro audio publications. Send him your thoughts at michael@precisionaudioservices.com. Micayla Eagan

M. Erik Matlock
Senior Editor, ProSoundWeb
Erik worked in a wide range of roles in pro audio for more than 20 years in a dynamic career that encompasses system design and engineering in the live, install and recording markets. He also spent a number of years as a church production staff member and Media Director, and as an author for several leading industry publications before joining the PSW team. Katie Malafronte

Keith Clark
Editor In Chief, ProSoundWeb & Live Sound International
Keith has covered professional audio and systems contracting for more than 25 years, authoring hundreds of articles in addition to hands-on work in every facet of publishing. He fostered the content of ProSoundWeb (PSW) from its inception, helping build pro audio’s largest portal website, and has also served for several years as editor in chief of Live Sound International (LSI). Jessica Vandal
Jonah Altrove
Veteran Live Audio Professional
Jonah Altrove is a veteran live audio professional on a constant quest to discover more about the craft. Send him your "Ask Jonah" questions at askjonah@livesoundint.com. Jocelin Damien

Craig Leerman
Senior Contributing Editor, ProSoundWeb & Live Sound International
Craig has worked in a wide range of roles in professional audio for more than 30 years in a dynamic career that encompasses touring, theater, live televised broadcast events and even concerts at the White House. Currently he owns and operates Tech Works, a regional production company that focuses on corporate events based in Reno.

Andrew Stone
Production Director and Senior Audio Engineer, Church on the Move
Andrew Stone is the Production Director and Senior Audio Engineer at Church on the Move in Tulsa, OK. He is also a founding member of MxU, a brand designed to create and inspire better leaders and better audio engineers. You can find him on Twitter (@stone_rocks), Instagram (stone.rocks), read his blogs on COTM’s Seeds website (www.seeds.churchonthemove.com), and check out his latest endeavors with MxU at www.mxu.rocks.

Andy Coules
Sound Engineer, Tour Manager, Audio Educator
Andy Coules is a sound engineer and audio educator who has toured the world with a diverse array of acts in a wide range of genres.

Barry Rudolph
Veteran Recording Engineer
Barry is a veteran L.A.-based recording engineer as well as a noted writer on recording topics. Be sure to visit his website, and also check out his related article, “A Wide Variety Of Microphone Techniques For Recording Drums”.

Bob McCarthy
Director of System Optimization, Meyer Sound
Bob has been designing and tuning sound systems for over 30 years. The third edition of his book Sound Systems: Design and Optimization is available from Focal Press. He lives in NYC and is the director of system optimization for Meyer Sound.

Bobby Owsinski
Music Industry Veteran and Technical Consultant
Bobby Owsinski is an author, producer, music industry veteran and technical consultant who has written numerous books covering all aspects of audio recording. To read more from Bobby, and to acquire copies of his outstanding books such as The Recording Engineer’s Handbook, be sure to check out his website at www.bobbyowsinski.com.

Bruce Main
Systems Engineer
Bruce has been a systems engineer and front of house mixer for more than 35 years, and has also built, owned and operated recording studios, and designed and installed sound systems.

Casey Campbell
Casey Campbell has been doing live sound and recording for the last 20-plus years; both in the New Orleans and Little Rock area. He has taught at numerous live sound and church conferences around the country, and continues to enjoy all things pro audio while mentoring others in their craft.

Charlie Hughes
Managing Director, Excelsior Audio Design & Services
Charlie Hughes has worked at Peavey Electronics and Altec Lansing, and currently heads up Excelsior Audio Design & Services, a consultation, design and measurement services company based near Charlotte, NC. As a loudspeaker design engineer, he's devised more than 60 products and has been issued five patents, and he's also helped to develop and implement a sophisticated multi-axis rotation mechanism to aid in the measurement of loudspeaker directivity. He’s also a member of the AES, ASA, C...

Chris Foreman
Principal, Wordworks Consulting
Chris has worked in professional audio for more than 50 years in a wide range of roles, ranging from mixing to manufacturing to management.

Chris Huff
Writer/Teacher/Author, BehindTheMixer.com
Chris Huff is a long-time practitioner of church sound and writes at Behind The Mixer, covering topics ranging from audio fundamentals to dealing with musicians – and everything in between.

Daniel Keller
Chief Executive Officer, Get It In Writing Inc
Daniel Keller is a musician, engineer and producer. Since 2002 he has been president and CEO of Get It In Writing, a public relations and marketing firm focused on audio and multimedia professionals and their toys. Despite being immersed in professional audio his entire adult life, he still refuses to grow up.

Daniel L. Newman
CEO, EOS
Daniel currently serves as CEO of EOS, a new company focused on offering cloud-based management solutions for IT and A/V integrators. He has spent his entire career in various integration industry roles. Most recently, Newman was CEO of United Visual where he led all day to day operations for the 60-plus-year-old integrator.

Eric Ferguson
Assistant Professor, New England School Of Communications, Husson University
Eric Ferguson is an assistant professor of Live Sound Production at the New England School of Communications at Husson University in Maine. He also has extensive experience in the studio and with sound reinforcement, including world touring with artists such as Lee Ritenour and James Ingram.

Ethan Winer
Ethan Winer has been an audio engineer and professional musician for more than 45 years. His Cello Rondo music video has received nearly two million views on YouTube and other web sites, and his book The Audio Expert published by Focal Press is available at amazon.com and through Ethan’s own web site ethanwiner.com. Ethan is also a principal at RealTraps, a leading manufacturer of high quality acoustic treatment.

Ethan Winer and William Eppler
Ethan Winer and William Eppler
Ethan Winer has been an audio engineer and professional musician for more than 45 years. His Cello Rondo music video has received nearly 2 million views on YouTube and other web sites, and his book The Audio Expert published by Focal Press, now in its second edition, is available at amazon.com and ethanwiner.com. Ethan is also a principal of RealTraps, a manufacturer of acoustic treatment. Bill Eppler is a black belt electronics engineer and MIT graduate with decades of experience.

Gary Parks
Gary is a writer who has worked in pro audio for more than 25 years, holding marketing and management positions with several leading manufacturers.

Gary Zandstra
Consultant, Dan Vos Construction, Writer for Worship Facilities and ProSoundWeb
Gary Zandstra has worked in church production and as an AV systems integrator for more than 35 years. He’s also contributed numerous articles to ProSoundWeb over the past decade.

Gideon Waxman
Gideon Waxman is a London-based drummer with over 13 years experience. Since completing a Music Degree at the University of Westminster, he's been touring with metal act Familiar Spirit. You can find more from him at Drum Helper (https://drumhelper.com), a free online resource dedicated to helping drummers achieve more from their playing.

Greg DeTogne
Gregory is a writer and editor who has served the pro audio industry for the past 32 years.

James Cadwallader
Since his start almost 40 years ago on a Shure Vocalmaster system, James Cadwallader remains in love with live sound. Based in the western U.S., he’s held a wide range of professional audio positions, performing mixing, recording, and technician duties.

Joe Gilder
Sound Engineer
Joe Gilder is a Nashville based engineer, musician, and producer who also provides training and advice at the Home Studio Corner.

Jon Tidey
Producer/Engineer, EPIC Sounds
Jon Tidey is a Producer / Engineer who runs his own studio, EPIC Sounds, and enjoys writing about audio on his blog AudioGeekZine.com.

Ken DeLoria
Over the course of more than four decades, the late Ken DeLoria tuned hundreds of sound systems, and as the founder of Apogee Sound, he developed the TEC Award-winning AE-9 loudspeaker.

Marc Happes
Marc Happes is a senior engineer and consultant with ACT Associates, LLC in Boston, MA. He earned both a Bachelor and Master’s Degree in electrical engineering from Binghamton University in New York. His concentration is in digital signal processing. Before relocating to Boston and before becoming a consultant, Marc worked as an engineer for an AV integrator where he was involved in design, implementation and commissioning of many successful projects. He is CTS-D and Dante Level II certified.

Matthew Weiss
Sound Engineer
Matthew Weiss engineers from his private facility in Philadelphia, PA. A list of clients and credits are available at Weiss-Sound.com. To get a taste of The Maio Collection, the debut drum library from Matthew, check out The Maio Sampler Pack. 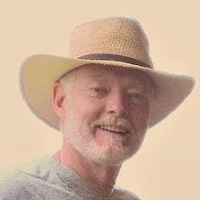 Michael MacDonald
President. ATK Audiotek
Michael is the president of leading production company ATK Audiotek in Valencia, CA, and has been involved in the professional audio industry for more than 35 years. Beginning as a freelance mixer/engineer in the 1970s, he transitioned to working for manufacturers and has been employed by, developed products for, and consulted with major companies such as Yamaha and JBL Professional.

Mike Sokol
System Designer & Audio Educator
Mike Sokol does sound system design and training for JMS Productions, his consulting company in Western Maryland. Visit www.livesoundadvice.com for his educational articles and videos, and email him at mike@livesoundadvice.com with comments and suggestions.

Nicholas Radina
Audio Engineer and Musician
Nicholas Radina is a long-time audio engineer and musician based in Cincinnati who also tours as the monitor engineer with the band O.A.R. He invites your input via his website at NicholasRadina.com. Sign up for his upcoming educational workshop at SoundNerdsUnite.org.

Old Soundman
Veteran Pro Audio Engineer
Old Sound Man is a recurring column that is hilarious and informative at the same time. He answers your questions which provides him with both the chance to pontificate and provide useful information. 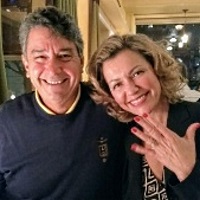 Samantha Potter
Production, Media, and Audio Engineer
Samantha Potter is senior contributing editor and worship tech liaison for Church Sound and ProSoundWeb, and she’s also co-director of Church Sound University. In addition, she serves as an IT media supervisor and system design consultant in the house of worship sector. Get in touch at spotterengineering@gmail.com.

Teri Hogan
Teri was the long-time co-owner of Sound Services Inc., a sound company based in Texas.

Tim Vear
Senior Application Engineer, Shure
Tim is a senior application engineer with Shure. He is noted for his teaching ability, presenting seminars about sound to a wide range of audiences and is the author of the Audio Systems Guide For Houses Of Worship.

Tim Weaver
Owner, Weaver Imaging
Tim Weaver is the owner of Weaver Imaging (www.weaverimaging.com), an audio, lighting, and projection provider based in College Station, TX. He has been a professional sound engineer for 18 years, working across all genres.