A Swiss cultural tradition that extends back to 1797, the Fête des Vignerons (“Festival of the Winegrowers”) is held no more than five times each century in the small city of Vevey. This summer’s edition attracted record attendance, drawing more than a million visitors for a spectacle of music and dance,staged daily in a 20,000-capacity arena erected solely for this event on the city’s market square overlooking Lake Geneva.

The show was a production of truly Olympian proportions, with more than 5,000 local participants working under artistic director Daniele Finzi Pasca, whose long list of credits appropriately includes the opening ceremonies of the 2006 Olympics in Turin. The large scale of the production required four stages: one on each of the four tribunes of the arena, and a fifth on an arena floor that was carpeted with LED panels.

Because it was essential to localize the audio image to each stage, the venue was equipped with five discrete Meyer Sound reinforcement systems: four LEO Family line array systems, each flown on twin towers behind the side stages; and a distributed system of CAL beam-steering column array loudspeakers in two concentric rings around the center stage. In addition to the localized stage sound, the system also accommodated 40 surround channels for effects such as birds and bells.

“I was presented with the requirement to play on all five stages at the same time,” explains veteran sound designer Martin Reich, who headed the team of 19 engineers and technicians required for the audio production. “After evaluating problems involved with propagation of sound over such distances, we developed simulation software that enabled us to make artistic decisions before entering the real world. Immersion also was a demand, but because of the size of the arena and the distances involved we had to stay realistic.” 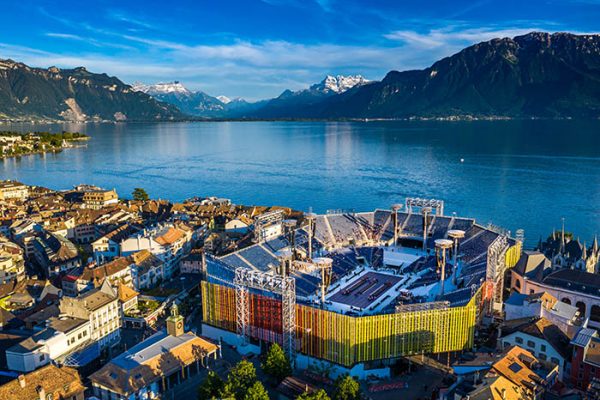 Each of the four side stages was equipped with LEO Family line arrays, with all the systems flown from twin towers behind the performance area to avoid any sightline obstructions. All four members of the LEO Family were represented, with totals of 128 LEO-M, 72 LYON-M, 24 LYON-W, 96 LEOPARD and 56 LINA loudspeakers deployed. 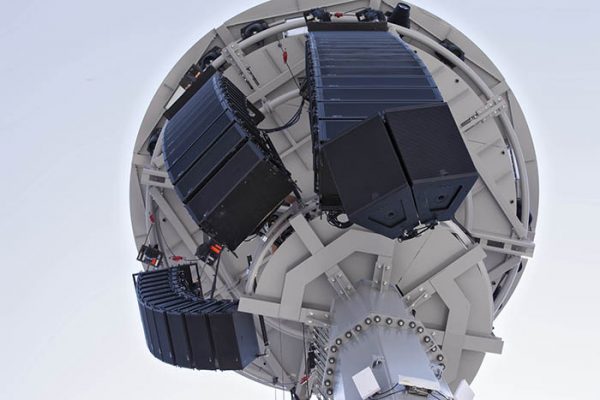 For the center stage system, again to ensure full fidelity and image localization with no interrupted sightlines, the design utilized 48 CAL 32 column array loudspeakers in two rings, one at ground level seating and a second at seating level 5.5.

“We specified the CAL loudspeakers because of their sonic qualities, not just for speech but also for music reproduction,” says Reich. “We also extensively used the beam steering capabilities to adjust coverage as needed.”

“This was a complex and ambitious sound design,” he continues, “but we achieved all our goals. We received a lot of positive comments from all over. They liked the fact that the sound was powerful but did not seem too loud.”

Fête des Vignerons technical director François Mottier adds, “The quality of sound was excellent. When we had choirs singing on all four stages simultaneously, the effect was very impressive. We could feel the power of the system.”